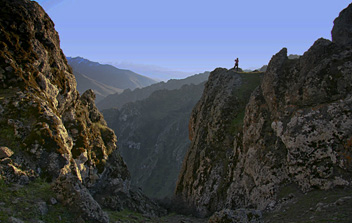 In the eastern reaches of the Greater Caucasus, bordering on Georgia in the west, lies Azerbaijan. Highest mountain is Mount Bazarduzu (4466 m), on its northern border with Russia. In the east Azerbaijan has a long coastline along the Caspian Sea, with the capital Baku sitting on the Abseron Peninsula jutting out about halfway.

The north of the country is the most mountainous, with some hiking opportunities in the Caucasus near Qusar, between villages such as Qebelinsky Laza, Xinaliq, Vandam and Qusarcay Laza. In the far south are the Talysh Mountains.

Towards the southwest of Azerbaijan there is the wonderful Janapar long distance hiking trail through the Lesser Caucasus of Nagorno-Karabakh. But since this region is claimed by both Azerbaijan and Armenia, we will treat it as a separate country.

Finally in the far southwest, there is the Azerbaijan enclave of Naxcivan, sqeezed in between Armenia, Iran and Turkey and connected to the rest of Azerbaijan by air only. The mountainous areas which form its northeastern border with Armenia appear to be non-accessible at this moment. 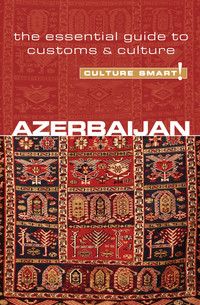